Thermoelectric Peltier elements are used as heat pumps for cooling and precise temperature regulation in many industries. In the consumer goods sector, thermoelectric heat pumps are traditionally found in niche products such as camping or wine coolers. However, they are also used for energy-efficient temperature regulation in car seats and for intelligent, individualized interior climate control. Peltier elements regulate the temperature of sensitive electronic components such as lasers, LEDs or CPUs and are widely used in medical and biotechnology, for example for the amplification of DNA (PCR).

The technology is characterized by short response times, high temperature stability and a wide temperature range, making it interesting for applications such as local mold cooling. Peltier elements are maintenance-free, operate noiselessly and without vibration. To make optimum use of the modules, thermal coupling within the system plays a decisive role.

We have been conducting research in the field of thermoelectric generators and Peltier elements for more than 20 years. Our research focuses on material and module development, measurement technology for thermoelectric systems and simulation-based component design. For our customers, we develop, build, and characterize specific system solutions – from prototype to implementation.

As part of ongoing and planned projects, we are researching Peltier-based systems for broader use in consumer products or industry. For this purpose, concepts for various applications have been developed and partly set up as demonstrator systems:

Extremely compact and fast actuators based on shape-memory alloys 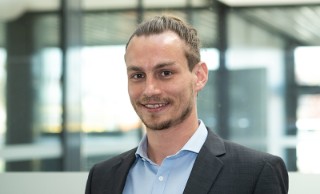