Thermoelectric generators convert waste heat to electricity. This makes production processes more efficient, makes autos more economical and ultimately cuts CO2 emissions. There are many arguments in favor of using this technology but, to date, more widespread use has been hindered by the complex and thus expensive process of manufacturing the modules. This could now be a thing of the past: Freiburg’s Fraunhofer Institute for Physical Measurement Techniques IPM, in Germany has commissioned a semi-automatic pilot production facility for thermoelectric high-temperature modules, a facility that is unique worldwide.

Thermoelectric generators are able to produce electricity from waste heat. If you integrate such generators in the exhaust tract of internal-combustion engines for instance, some of the otherwise unused waste heat from the engine is converted to electricity. This energy harvesting, as it is called, relieves the load on the alternator on motor vehicles and it enhances efficiency in combined heat and power plants. Even in energy-intensive industries such as steel production, this technology is able to utilize part of the energy otherwise lost as the result of waste heat. The fact that this is actually possible has been proven by Fraunhofer IPM, other research facilities and also companies using  demonstration models for years now. That is why the research and development work now no longer focuses on the technology, but on putting it into practice industrially.

Fraunhofer IPM has now developed and commissioned a pilot production facility for thermoelectric high-temperature modules, a facility that is unique worldwide. This semi-automatic production line, for the first time, allows large quantities of thermoelectric modules, stable up to a temperature of 600°C, to be produced far more cheaply. In future, demonstration models and prototypes of overall systems will also become far cheaper. Overall thermoelectric systems for waste-heat utilization frequently contain up to several hundred modules.

With its new production expertise, Fraunhofer IPM demonstrates the potential and functional suitability of thermoelectric systems. At the same time, the semi-automatic production facility constitutes an important step towards industrial use of thermoelectric modules. This requires mass production of the modules and thus a cut in unit costs.

Thanks to lower manufacturing costs, thermoelectric generators could enhance electricity yield even in small combined heating and power plants in the near future. Nowadays, such small CHPs are used for combined electrical power and heat generation in individual buildings. A similar scenario applies to using them in condensing boilers. The next step will now involve Fraunhofer IPM interconnecting up to several hundred thermoelectric modules in each case to form a thermoelectric generator for various combined heating and power plants, connecting them to suitable heat exchangers and thus demonstrating electrical power production on a kW scale from the waste heat produced.

Researchers worldwide are working flat out to find ways of converting waste heat to electricity. Thermoelectric generators are the ideal choice for what is called energy harvesting, specifically in the case of combustion processes. This requires efficient thermoelectric materials and optimized manufacturing processes. Fraunhofer IPM has been working on the development of thermoelectric materials and modules for over 20 years now. We recently managed to cut material requirements for a module by half – with the same power rating. We have now reached another milestone by developing the world’s first semi-automatic pilot production facility. 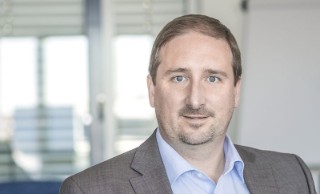 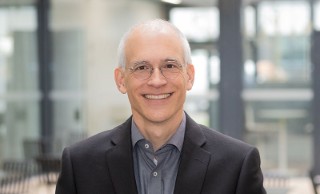