The early detection of flammable gases or explosive mixtures is of great importance to avoid endangerment of human life, damaging of facilities, and natural gas transport losses. Millions of gas sensors are surveying the gas infrastructure at petrol stations, gas pipelines, or gas heaters in private homes in order to detect escaping flammable gases. These gas sensors are catalytic bead sensors, so called pellistors. They consist of two platinum heating coils sintered in ceramics. One coil is additionally loaded with a catalyst like Pt or Pd; the other coil is used as a reference to compensate disturbances like airflow. However, these pellistors need high working temperatures of ~450 °C and are therefore characterized by high power consumption of ~1 W. The pellistors must be protected from poisoning by silicon-, sulphur-, lead-, or chlorine-containing compounds and they have to be equipped with an explosion prevention device.

The aim of the project partners is to develop an energy-efficient, low-cost and stable gas sensor for the qualitative detection of flammable gases such as methane or hydrogen. In a second step, based on that low power and low-cost catalytic sensor, a gas detector system for mobile applications will be developed.

Sensotran is an expert in gas detection since 1990.

The CMOS-IR GmbH is a startup company that has wide expertise and competencies in the field of MEMS-based infrared emitters and sensors.

The MEscal project is carried out within the European “Eurostars” funding program (Eurostars E! 113779). Fraunhofer IPM, CMOSIR and MICRO-SENSOR as German partners are funded by the Federal Ministry of Education and Research.

Further information on sensors for combustible gases at Fraunhofer IPM

As part of the project, Fraunhofer IPM together with Freiburg University develops a remote system for the detection of gas leakage.

Fraunhofer IPM has developed innovative micro-pellistors based on new materials that make combustible gas detection especially reliable and both, energy and cost efficient. 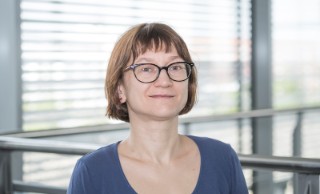