The quality of natural gas can vary greatly. Differences in natural gas reserves can account for these disparities in quality, but they are also increasingly the result of hydrogen infeed from power-to-gas plants. Fraunhofer IPM joined forces with RMA Measuring and Control Technology to develop a measurement system which – in addition to the hydrocarbons contained in gas – can now also detect the proportion of hydrogen present.

The calorific value of gas also varies depending on its composition. It is important for consumers to know the gas composition because the price of gas is determined based on the supplied volume and the calorific value. In industry, gas composition also has an impact on the combustion process. For instance, as the proportion of hydrogen in the gas mixture rises, the calorific value falls. If the gas flow – for instance in an oven – is not adjusted accordingly, its temperature will sink. Fluctuations such as these can lead to quality issues, for example in glass melting. The quality of natural gas is typically determined at distribution points on the gas grid or directly by industrial consumers using gas chromatography.

Infrared spectroscopy instead of gas chromatography

On behalf of RMA Measuring and Control Technology, Fraunhofer IPM has developed the EcoSpectro fuel gas measurement system. This system uses an infrared (IR) spectrometer to identify the percentage of methane, ethane, propane, butane and longer hydrocarbon chains – the main components of natural gas. Spectroscopy offers several advantages over gas chromatography. Gas chromatographs are expensive, comparatively slow and complicated to use. By contrast, the IR spectrometer measures in intervals of less than one minute, remains in operation for months at a time without recalibration and does not require the use of purge gases. The spectra are analyzed using chemometrics, which enables the determination of gas concentrations of over 70 percent down to the 100-ppm (parts per million) range.

To be able to detect gases produced from renewable sources, the »Gas Efficiency« project saw to the fitting of the IR spectrometer with additional sensors for determining the proportion of hydrogen present. Since hydrogen cannot be detected absorption spectroscopically with infrared light, a thermal conductivity sensor was added to the spectrometer. The thermal conductivity of hydrogen is seven times greater than that of all other fuel gases, including air, making the sensor particularly sensitive to hydrogen mixtures.

The modular sensor system underwent initial testing in the Fraunhofer IPM gas laboratory. It was subsequently subjected to field testing in a natural gas bypass system belonging to the Fraunhofer Institute for Solar Energy Systems ISE, where IR spectrometers and thermal conductivity sensors performed a total of about 125,000 measurements. The results corresponded very accurately with the daily average calorific values provided by the natural gas supplier over a period of several months – without hydrogen infeed. However, the measured values revealed fluctuations in gas quality from minute to minute. Consumers who depend on consistent gas quality could therefore use the measurement system for quick process control.

At times when hydrogen is fed in, the new H2 content could be determined with accuracy in the 100-ppm range. The system is thus particularly useful as a fast-reacting measurement system for power-to-gas plants or consumers downstream from a hydrogen infeed point.

About the project
The project »Gas Efficiency« was funded by the Baden-Württemberg Ministry of Economic Affairs, Labour and Housing and the European Regional Development Fund (EFRE) under the guiding principle of »Innovation and energy transition«.

Determination of calorific value and the composition of gases

The chemical composition of natural gas can be determined quantitatively with high accuracy using spectroscopic methods. 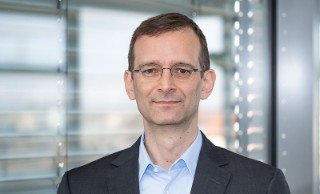